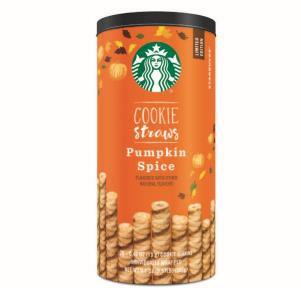 Then there’s the news brought by TODAY, which confirmed the rumors that Kellogg’s will release a Pumpkin Spice Frosted Flakes flavor this fall. So, really any day now. “New Kellogg’s Pumpkin Spice Frosted Flakes has a warm pumpkin spice frosting that coats golden, crunchy toasted flakes,” a representative from Kellogg’s told TODAY Food by email. “This tasty cereal has caramelized pumpkin aromatics delivering brown sweet cinnamon and a touch of allspice and cinnamon.”

SPOILER ALERT!!! This is not a released cereal yet until August!! I was lucky enough to get my hands on a sample so here we go… This is Kellogg’s Frosted Flakes “Pumpkin Spice”, at 1st scent you get a strong pumpkin spice essence(yass), the taste(without milk) is very sweet with a hint of a pumpkin puree/cinnamon vibe.. however there is a spice after taste that leaves your mouth sizzling a bit.. (with milk)sugary pumpkin flavor, spice is very limited.. I am on the ropes with this one, not really feeling it as much as I expected and I love pumpkin spice(totally basic on the inside).. I give these a 6/10(oh no girl)and 10/10 for the cereal milk(crazy how that worked out)not something I would revisit🤷🏼‍♂️🎃🍁🥣.. These are due out late August of this year and sold in most major markets!! BTW pumpkin spice Cheerios beats this by 4 points on the cereal alone (yaaass)🐐.. Huge thank you to @metfood_nostrand_ave for this sample👍🏼.. #frostedflakespumpkinspice #frostedflakes #newceral #fatman #junkfood #foodreview #fitness #macros #cheatmeal #cheatsnack #snacks #candy #cake #iseesieats #exclusive #cereal #comingsoon #kellogs #f52grams #foodgasm #picoftheday #foodporn #nyeats #foodofny #brooklyn #yasssbiach

And Captain Morgan sells a seasonal pumpkin spice rum, JACK-O’BLAST, in a pumpkin shaped bottle, which apparently “simulates the look of a carved pumpkin when illuminated under a black light.”

So basically we have our pumpkin spice breakfast, coffee, and adult beverages covered. If it wasn’t 2,000 degrees outside, we might be tempted to start thinking pumpkins. Give us some time, alright?