“Hocus Pocus” is one of those movies that has endured through the decades to charm several lucky generations. Now that 25 years have gone by since the movie was released on October 20, 1993, the classic Disney flick is getting even more Halloween attention.

The Freeform network is playing “Hocus Pocus” almost every day as part of its TV schedule for 31 Nights Of Halloween. And starting on October 20, you can also catch Freeform’s “Hocus Pocus 25th Anniversary Halloween Bash,” a 90-minute special featuring musical performances and exclusive interviews, as well as a  “Pop’n Knowledge” edition of “Hocus Pocus,” which will air before and after the bash and “will celebrate everything about the iconic film and the fandom with a mix of trivia, funny observations and commentary around key moments and quotes.” So basically “Pop Up Video” for 90s kids. Sounds kinda fun.

If, by the end of the month, you still crave MORE “Hocus Pocus” viewing parties, AMC will be playing the movie again in theaters from October 26-31.

To celebrate the 25th anniversary of #HocusPocus, we’re bringing the beloved Halloween classic back to the big screen 10/26 through 10/31! Get tix now: https://t.co/dBDhiSZcLp pic.twitter.com/Uxn7aygdUU

And if we’re talking collectibles, head over to Spirit Halloween for a 3-pack of Hocus Pocus POP! figures, and check out the Sanderson sisters costumes, mugs, pillows, candles, and wine glasses while you’re there. 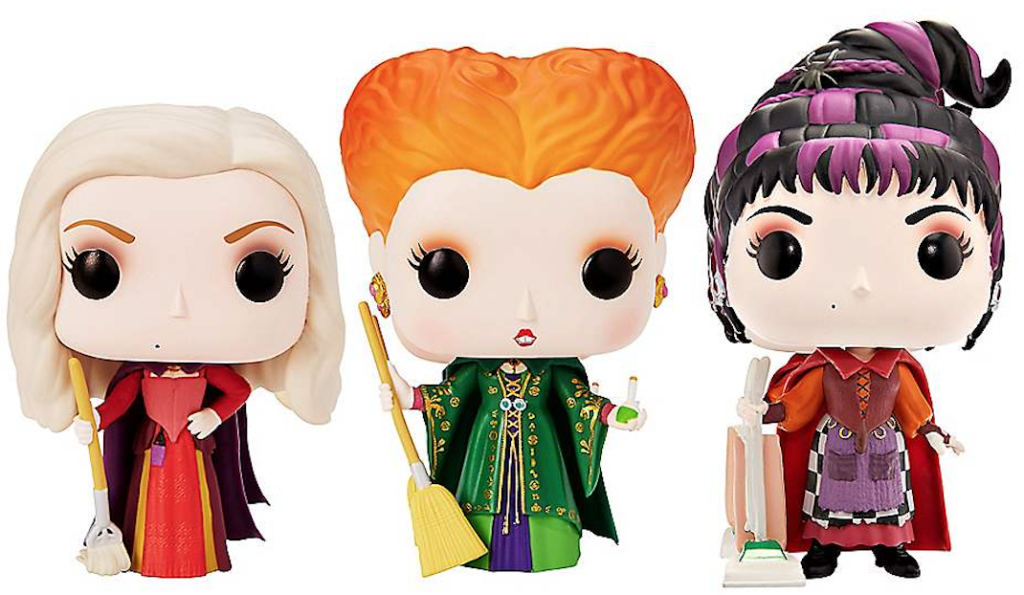