Our first look at the Roseanne reboot is here. Most of the cast of the beloved sitcom have returned. The original series ran from 1988 to 1997. 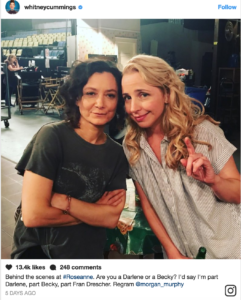 Whitney Cummings . who is acting as co-runner, for the show posted a photo of Darlene and Becky on set.  Sara Gilbert and Lecy Goranson have returned. 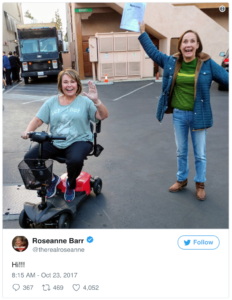 Roseanne posted a photo of herself and Laurie Metcalfe who played Roseanne’s sister , Jackie on set. 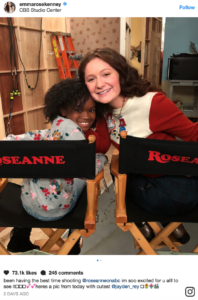 Shameless star Emma Kenney is a new addition. She will take on the role of Harris Conner, David and Darlene’s daughter. No official release date has been announced but it is expected to be at some point in 2018. WELCOME BACK CONNERS!!