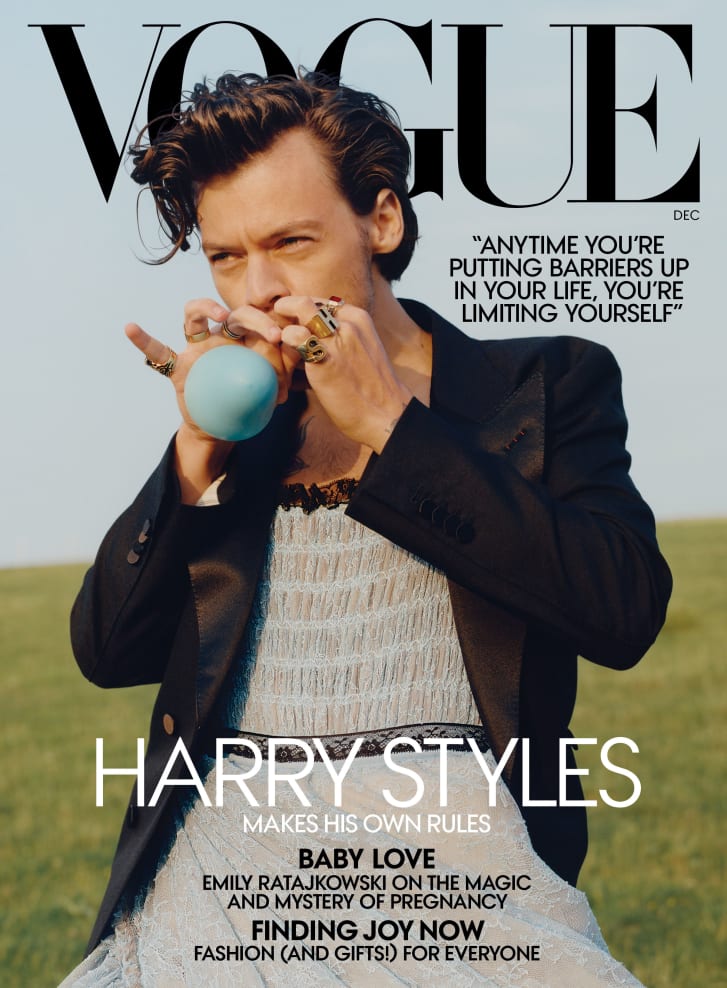 HARRY STYLES is the first solo man to be on the cover of VOGUE.

The pop star graces the cover of the magazine’s December 2020 issue. The cover features Styles in a full-length gown, designed by Gucci’s Alessando Michele, paired with tailored tuxedo jacket.

Inside the issue Styles discusses his gender-bending fashion choices. “Now I’ll put on something that feels really flamboyant, and I don’t feel crazy wearing it,” Styles says. “I think if you get something that you feel amazing in, it’s like a superhero outfit. Clothes are there to have fun with and experiment with and play with.” Styles said. “When you take away ‘There’s clothes for men and there’s clothes for women,’ once you remove any barriers, obviously you open up the arena in which you can play,” Styles continues. “I’ll go in shops sometimes, and I just find myself looking at the women’s clothes thinking they’re amazing. It’s like anything — anytime you’re putting barriers up in your own life, you’re just limiting yourself. There’s so much joy to be had in playing with clothes. 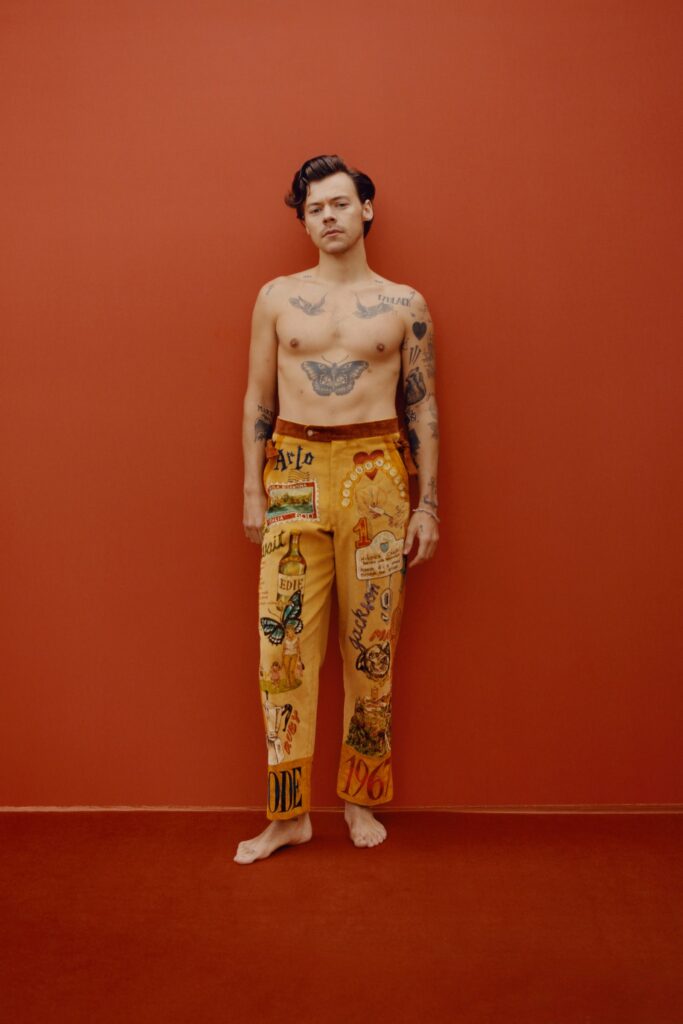