“Jurassic Park” was released on June 11, 1993, which means the iconic film has just turned 25 years old.

Not only do we have the new movie, “Jurassic World: Fallen Kingdom,” to look forward to on June 22, but also a new amusement ride at Universal Studios Hollywood set to open in 2019. While we wait for “Countdown to Extinction of Jurassic Park—The Ride,” fans can catch a glimpse of Blue at both Universal Studios in Hollywood and Orlando, on the new “Raptor Encounter” experiences. Blue is the raptor trained by Owen Grady, played by Chris Pratt, in the Jurassic World movies. According to the press release, “With their intimidating eye contact and ear-piercing screeches that reinforce predatory dominance, each Raptor bares 56 razor-sharp, bone-crushing teeth and lunges forward with curved talons that extend up to 12 inches from their 18-inch-long feet. Towering 12 feet in height and 15 feet—from tail to snout—the aggressive carnivores will each succumb to highly skilled handlers who adeptly guide them to within feet of guests.” 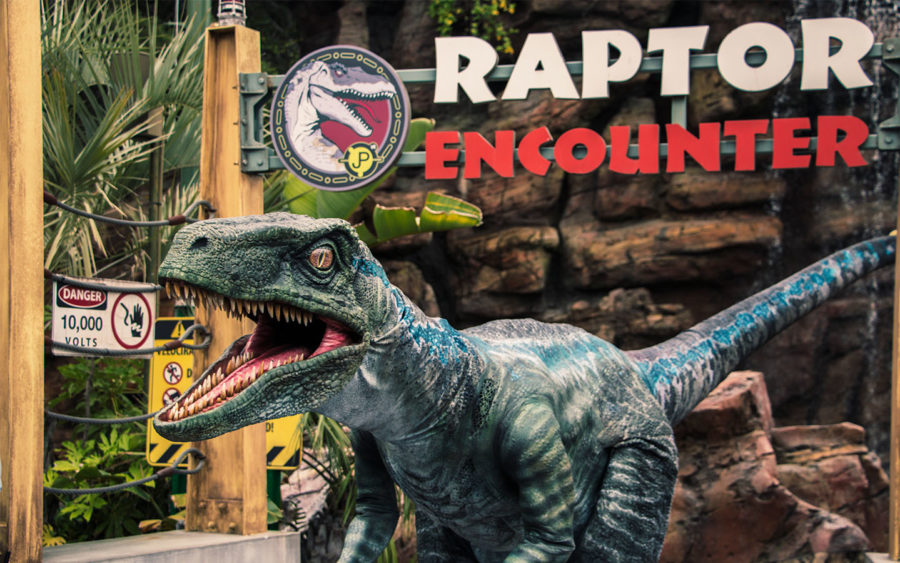 And while you’re at it, bring the kids to the new Jurassic World Kids’ Suites at Loews Royal Pacific Resort at Universal Studios Orlando. Just look at these ridiculously cute Isla Nublar gyrosphere beds: 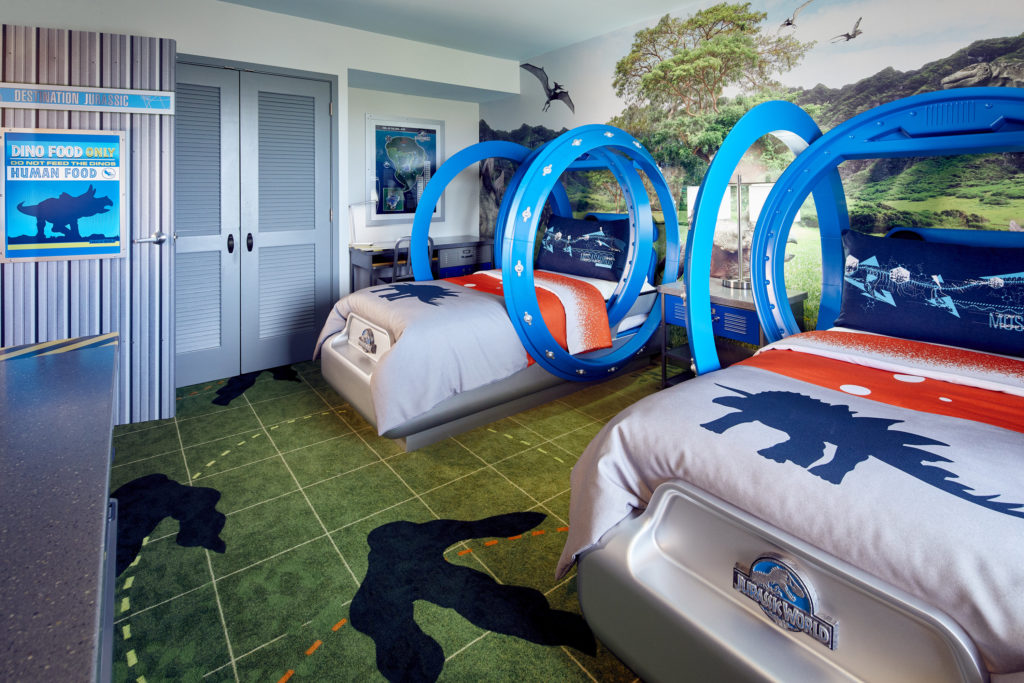