KFC has just been that company that likes to keep people guessing in the past few years. What will they come out with next? A new Colonel Sanders spokesperson? A new crazy chicken sandwich? Or as of recently a new step into the footwear industry. KFC recently announced it was collaborating with Crocs to make a version of the slip on footwear exclusively for the chicken restaurant. The collaboration consists of two versions of the shoe: one with a platform sole and another featuring the original low top crocs design. The KFC x Crocs collection is slated to launch later this spring and they’ll be offered in unisex sizes for $59.99. Check out the debut of the crocs that rocked the carpets at this year’s NYFW and try and snag yourself a pair when they hit stores later this year. 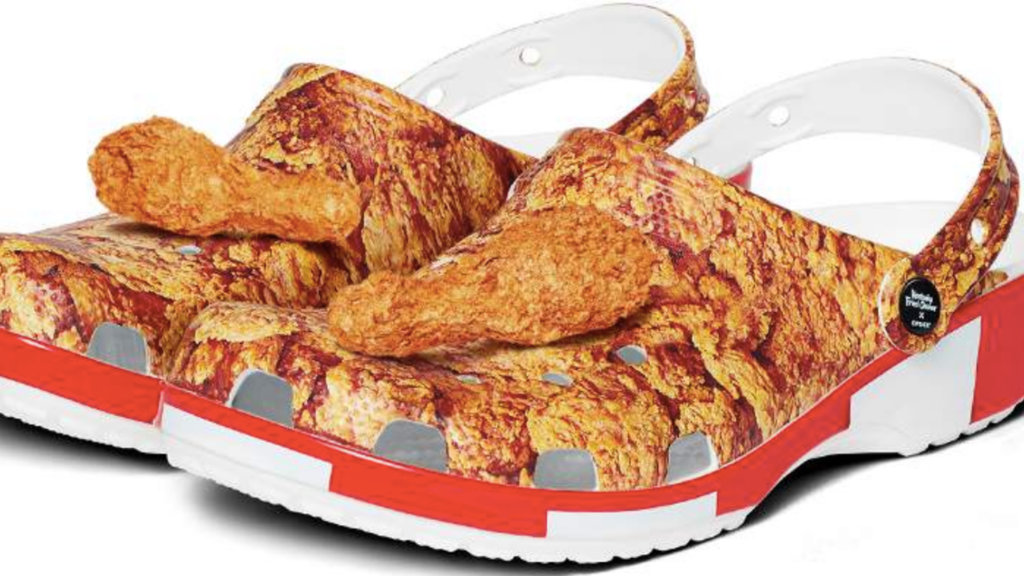