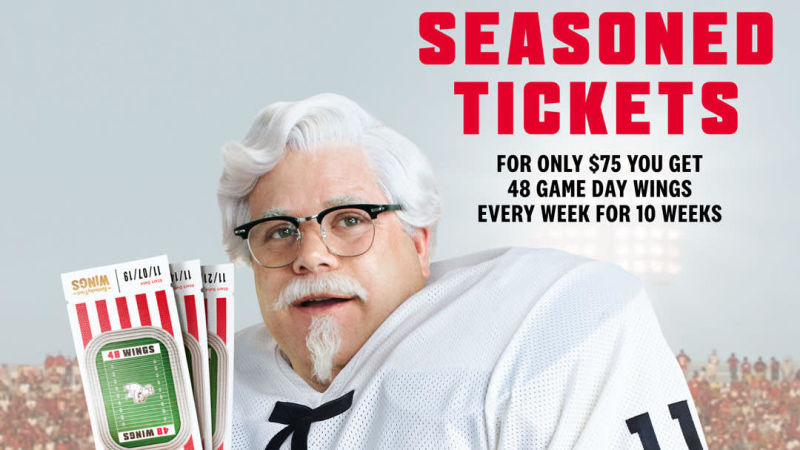 KFC is selling wings again. And guess what?! BONUS! It delivers! Last week the chain went above and beyond with a Seasoned Tickets promotion, which went on sale at 8 AM Thursday via StubHub. The promo promised for a mere $75, KFC will deliver 48 Kentucky Fried Wings to your very doorstep every week for the next nine weeks, and then 96 wings in the tenth week for the playoffs. As Ad Age points out, this is actually a pretty good deal: “Each order of 48 KFC wings usually costs $36.99. Each subscriber gets 528 wings—a $406.89 value—for just $75, delivery included.”

Unfortunately, the 500 Seasoned Tickets sold outing under 2 hours, according to a KFC press release. So to those who nabbed this pretty awesome deal I hope you bask in the mega-wing-goodness coming your way this season. For the rest of us I guess be on the look out for more KFC wing promos and head over to one near you and try out what they have to offer for game day wings!