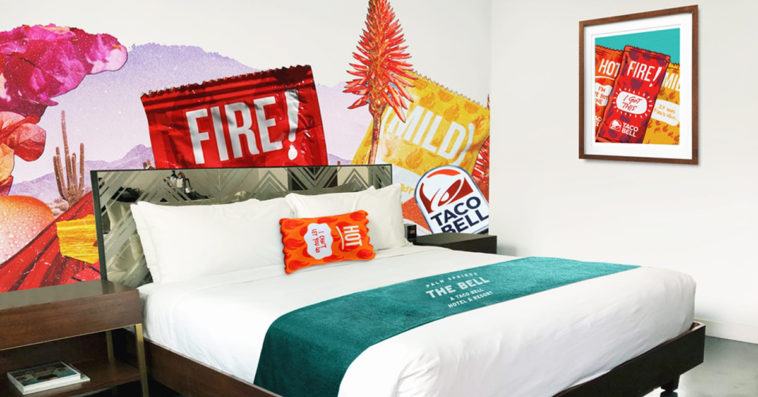 Hey who doesn’t crave a Taco Bell hard shell taco now-and-again? But some people want to really take their love for the mexican fast food chain by literally living it. Recently Marisa Thalberg, global chief brand officer at Taco Bell, confirmed the news in an email to media outlets later that the brand was embarking on a pop-up style hotel:

“Taco Bell fans are truly one of a kind, and today was one of the best expressions of that fandom yet,” Thalberg said. “The Bell: A Taco Bell Hotel and Resort officially sold out in just 2 minutes. We would like to extend a big ‘thank you’ for those who have come along on this journey with us and even though The Bell is sold out, we’ll have more to share on exclusive merchandise, food and more in the coming weeks so those unable to score a room can still experience the fun from home.”

As stated the reservations sold out in a lightning fast 2 minutes…(Man people LOVE Taco Bell huh?) but I’m sure as the check in times arrive you’ll be seeing a lot of social media buzz and photos surrounding it. Taco Bell is taking over more than 70 rooms of V Palm Springs hotel in Palm Springs, California and transforming it into The Bell from August 8th to 12th. 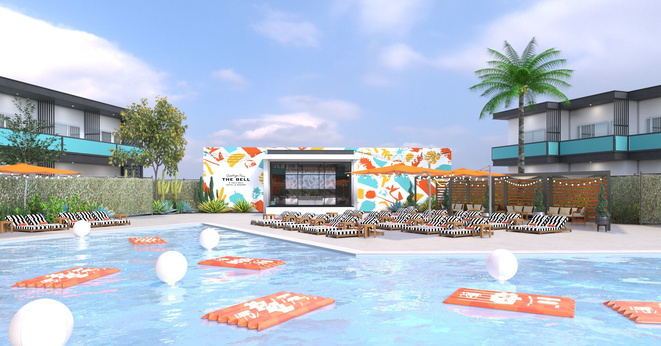