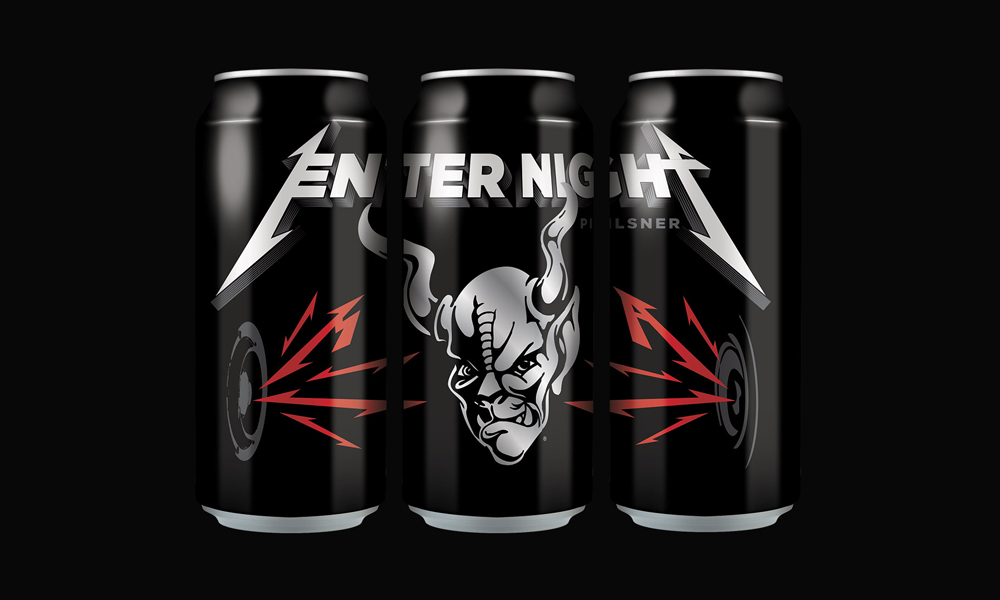 In collaboration with Metallica, this beer represents the cataclysmic collision of two uncompromising supernatural forces. It’s a crisp and refreshing Pilsner that, much like the band, transcends genres, shatters preconceptions and challenges convention. The Arrogant Consortia team collaborated with Metallica to brew Enter Night Pilsner, a 5.7%, 45 IBU brew that’s crisp, refreshing and served with a seal of approval straight from the rock gods themselves. Enter Night Pilsner is slated for a nationwide release early this year, and it will also be available at venues where Metallica is performing during their “Worldwired Tour.” Check out the video below and CHEERS!!