For the first time in its 20-year history, Oprah Winfrey will not be the cover star of her namesake magazine. Instead, the September issue’s cover will pay tribute to Breonna Taylor. Oprah revealed the cover on social media Thursday. “We can’t be silent,” Winfrey wrote in a statement accompanying the reveal. “We have to use whatever megaphone we have to cry for justice. And that is why Breonna Taylor is on the cover of O magazine. The September issue honors her life and the life of every other Black woman whose life has been taken too soon.” Taylor was shot eight times after Louisville, Kentucky, police officers broke down the door to her apartment while executing a nighttime warrant in a narcotics investigation on March 13. One of the three officers involved in her shooting was fired, but none of them have been charged or arrested. 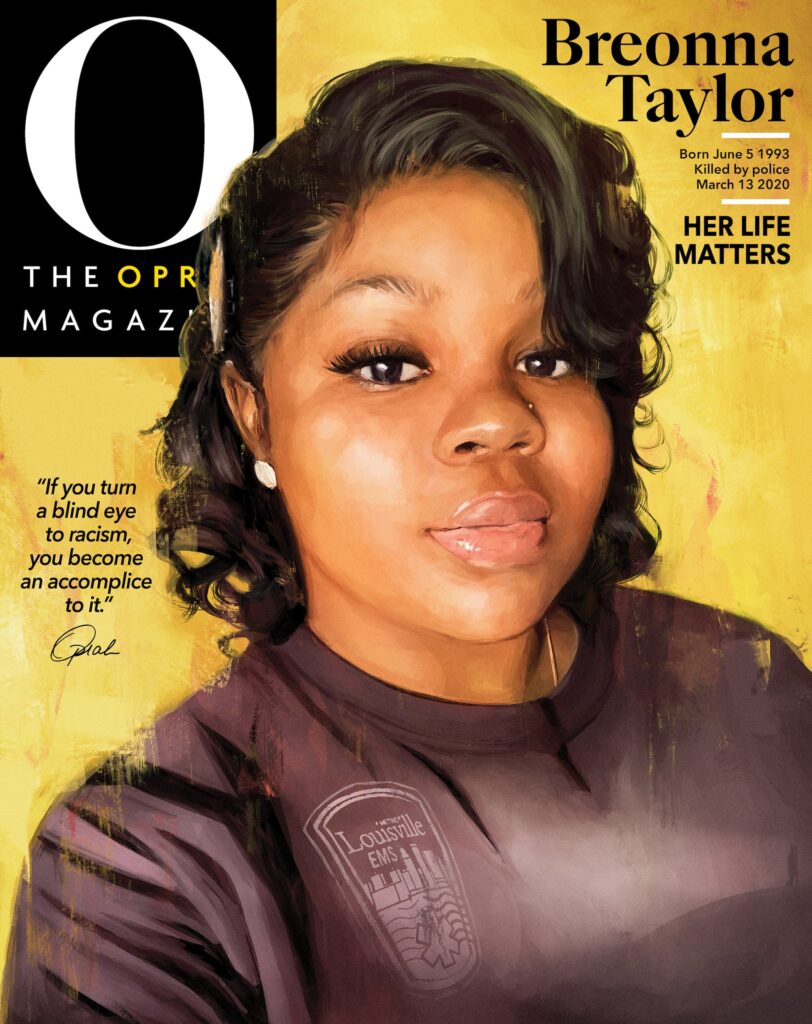