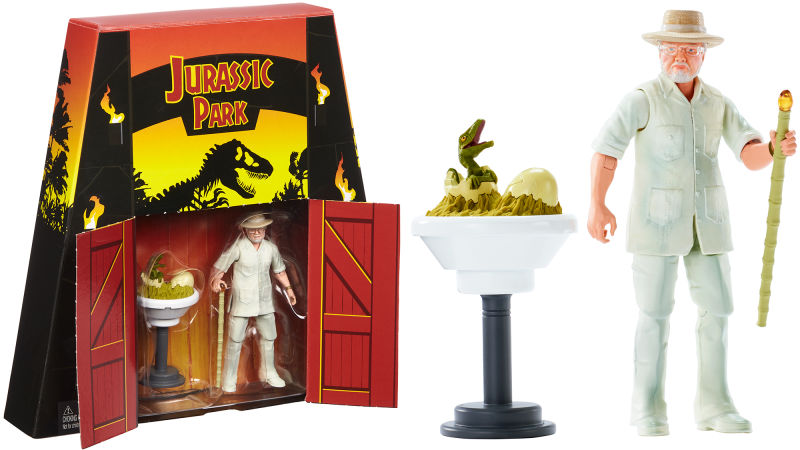 Like every year Hollywood TV will be on the scene in San Diego to cover Comic Con. This year however is a special one for it marks the events 50th Anniversary. That said and the event only weeks away we begin seeing all the cool limited edition Con Exclusives start to roll out! So stay tuned here leading up to the event as we unveil some of our favorite Con Exclusives that you can only grab while attending in San Diego. First up comes an exclusive from the people over at Mattel Toys. They bring us non other than the architect of Jurassic Park himself, John Hammond in glorious toy form. It’s part of Mattel’s “Jurassic World Legacy Collection” which is a clever way for the company to make figures and toys for characters from the original film, which is undoubtedly still the best Jurassic adventure to date. Kenner was originally responsible for churning out Jurassic Park toys back in 1993, and while there was no shortage of them on store shelves, toy manufacturing has improved immensely in the past 26 years, as this John Hammond figure reflects.

The $15 figure will be a San Diego Comic-Con exclusive and can be purchased from Mattel’s retail booth at the convention starting on July 17. As of today the option to preorder at Shop.Mattel.com is officially SOLD OUT. So you’ll have to take your chances at the con to grab one! 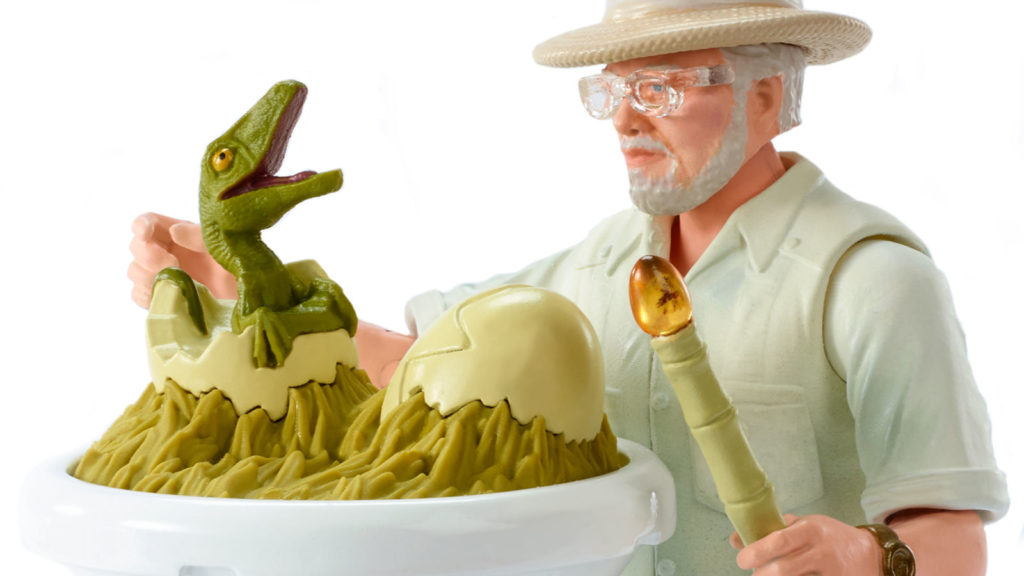