That 70’s Show premiered 20 years ago!! It first premiered on Fox on August 23, 1998 starring Topher Grace, Laura Prepon, Mila Kunis, Ashton Kutcher, Danny Masterson and Wilmer Valderrama. . To celebrate the occasion, Grace, who played Eric Forman on the series, tweeted a photo of the cast for an “ultimate #tbt.”

Laura Prepon who played Donna Pinciott also used Twitter to celebrate with a Throwback back photo. “Can’t believe the show came out 20 years ago today…such a special group of people. So lucky to have been a part of it,” she captioned a photo of the crew with their faces on a bus. The show ended in 2006 after eight seasons. 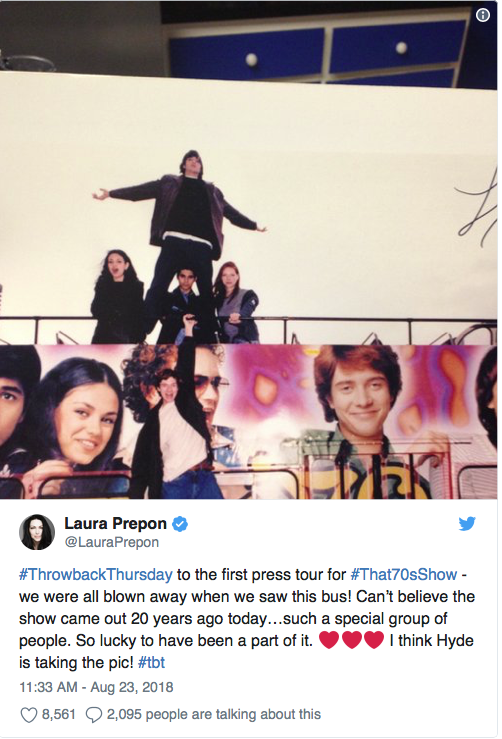