Wow! So HBO just unveiled their Game Of Thrones Complete Series Limited Edition and boy is it something! “ultra-premium” Blu-ray. All eight seasons will come in a “visually stunning wooden shadow box case, featuring beautiful, multi-layered panel designs by Robert Ball (the artist behind the “Beautiful Death” series) that summarize the Game of Thrones story. Each season is represented by a different layer, showcasing iconic characters and memorable moments from the show, all clambering toward the Iron Throne. The set also contains a “Hand of the King” pin clasp, which holds all nine custom plated disc sleeves.” 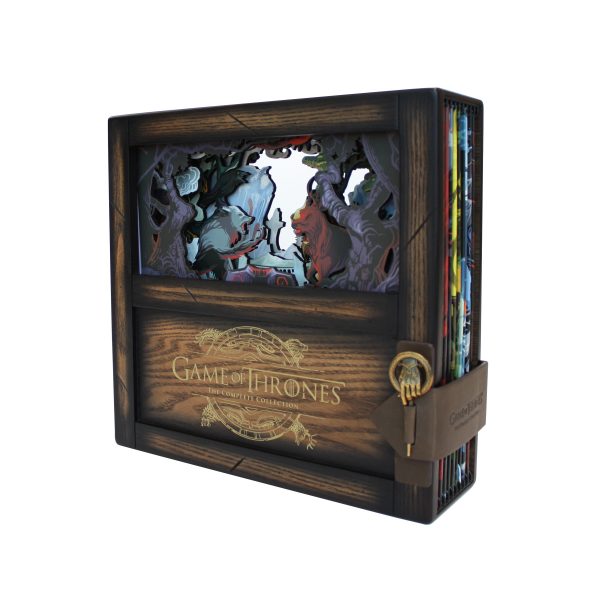 And then there’s the special features and contents of the set:

The set is slated to release on December 3rd (No price point yet but expect it to be a pretty penny). You can also pick up the non limited version of the complete series on December 3rd as well. Check out a cool unboxing video of the set below: